Indoor Training – The Perfect Set Up

Only a fool learns by his own mistakes, as General Von Bismark once so sagely put it, or as we like to say, we’ve already figured this stuff out so you don’t have to. Here’s the ideal turbo set up that will have you scampering across the hall to interval heaven every second evening.

There are those who will declare with grave foreboding that turbo trainers are the devil’s work but to get the best out of a winter training plan in this part of the world, they have become an invaluable aid to the consistent application of a training plan.

Much like those people who gave up cycling because the first bike they bought was little more than an unreliable, heavy and inefficient ‘bicycle shaped object’, many have sworn never to ride indoors again after a brief and unhappy flirtation with the wrong turbo set up.

The better your environment for turbo training, the more likely you are to do the planned session. Reduce complication and inconvenience to the bare minimum and you’ll be on the bike before you even realise you don’t like turbos. 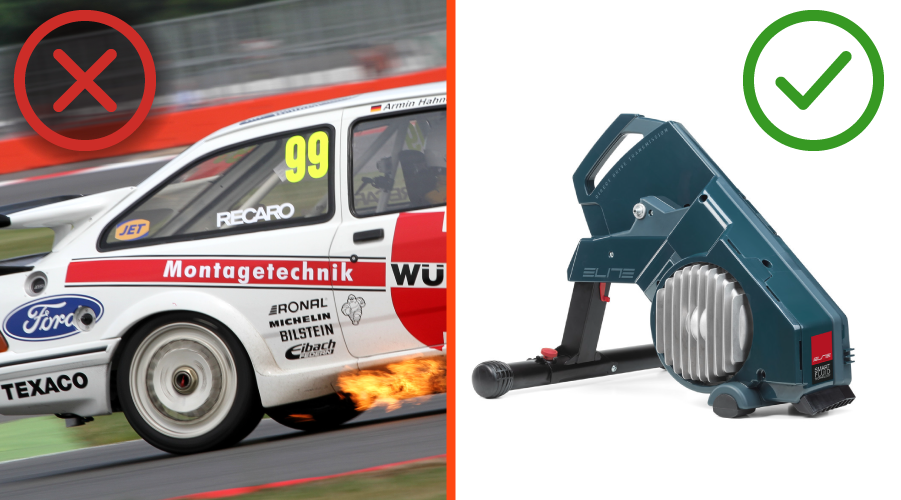 Get the best one you can afford. The new direct drive turbos are rightly lauded for the ‘smart’ capabilities that allow many of them to be controlled by the Zwift gaming platform (among other training applications) but the greatest advantage of (most of) them is the relative lack of noise they generate.
Direct drive turbos also do away with tyre slip and the need for turbo specific ‘trainer tyre’. They’re expensive, though, and you can still get a lot out of Zwift and everything you need from a quality training programme with traditional ‘tyre-on’ systems. 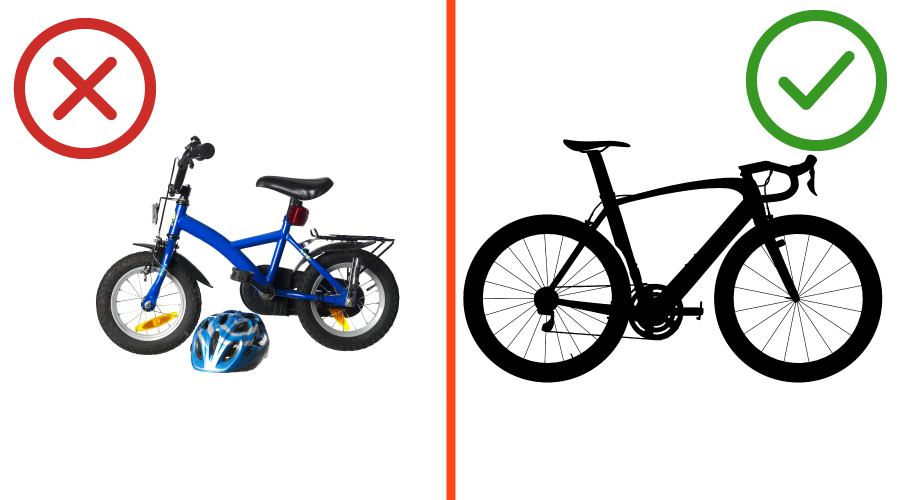 You need a bike with functioning gears, a comfortable saddle and.. that’s about it. Ideally one that you can leave in place permanently to minimise set up time and reduce the likelihood of talking yourself out of doing that session after work or before breakfast.
For many people, the turbo bike during the summer will be their winter bike and in winter it’ll be the ‘good’ bike. But an old hacker will do as long as you can replicate the set up: crank length, saddle height and top tube length.
Some people will put ‘tri bars’ on to replicate their TT or triathlon set up and try to get some useful training in the right position. For the vast majority of riders for whom that’s not a consideration, it’s still worth sitting on the bike in the way you will on the day of your target event. 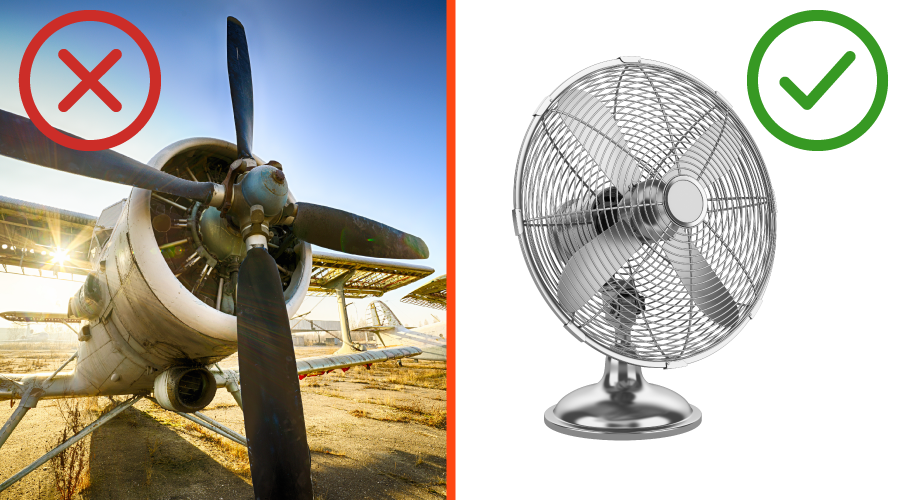 It’s a proven fact (I think) that more than 90% of the people who will tell you that they “tried a turbo once but couldn’t handle the idea of spending more than 10 minutes on it” never used a proper floor fan to keep them cool. A decent fan is quite simply, and not to put too fine a point on it, absolutely essential to a proper turbo experience. Try to get one with a broad reach and, ideally, as quiet as possible. Some people recommend two fans. One on either side at the front on the diagonal but one should be fine. 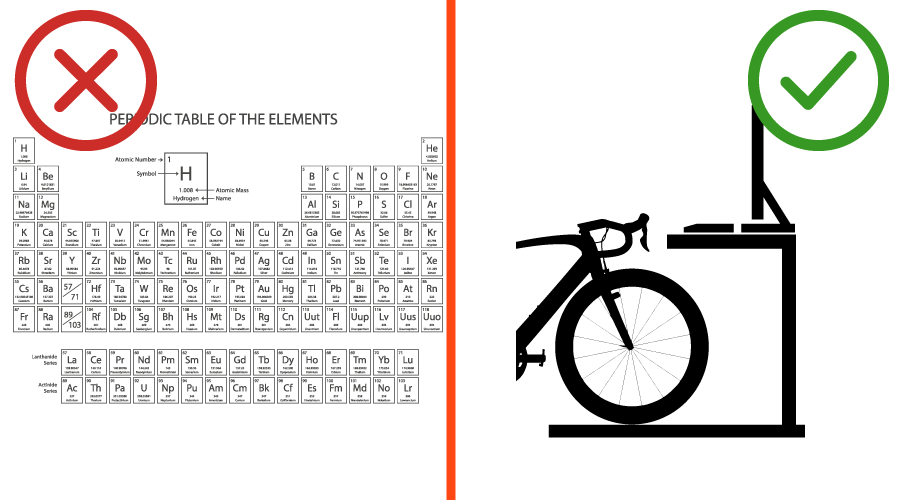 You need somewhere to put your extras like a computer or tablet, a TV monitor, water bottle, training programme etc. Get one that goes over the front wheel so you can make it close to you and reachable but not too high, mind, so that the monitor/TV/computer/tablet will be at just the right angle to your face. 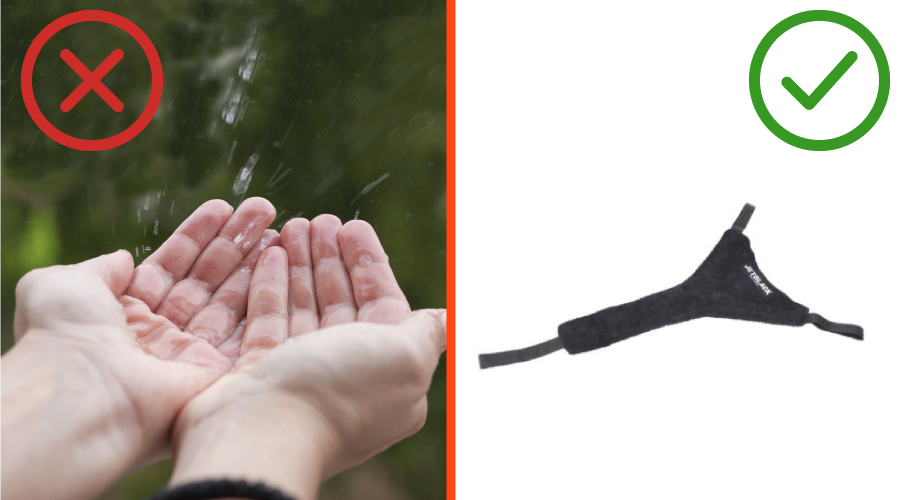 Unless you’re doing it wrong, and even if you buy enough fans to fly a zeppelin, you’re going to sweat when you’re on a turbo. Profusely. You’re going to need a towel to mop your brow in between efforts and to drape across your handlebars. And, if funds allow, try to get a sweat catcher to protect your bike. Over time and with lots of turbo use the salt from your sweat will play havoc with the bike’s paint, alloy and carbon surfaces. It gets into bearings and threads and will eventually reduce your bike to atoms. We exaggerate, but only for effect. Don’t mop up afterwards, keep it dry in the first place. 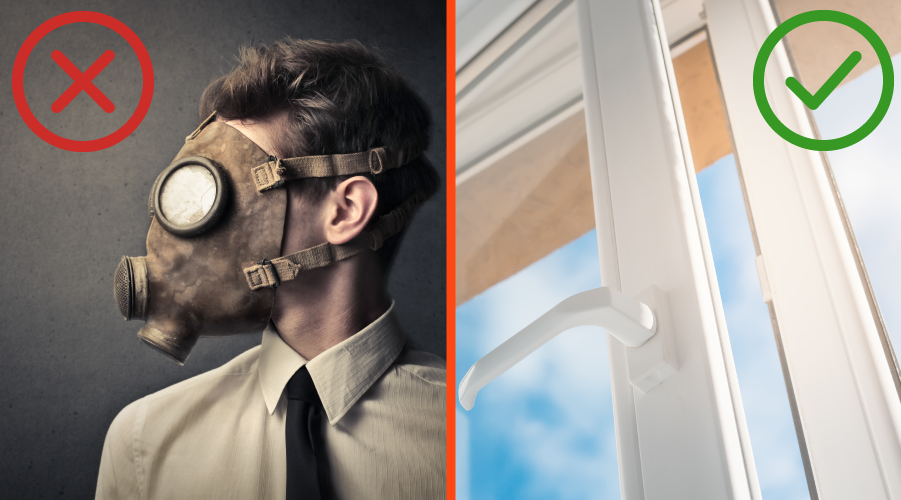 Things are going to get steamy in there so open a window before you start. It helps to regulate body temperature, too. You definitely won’t need a radiator on in this room… 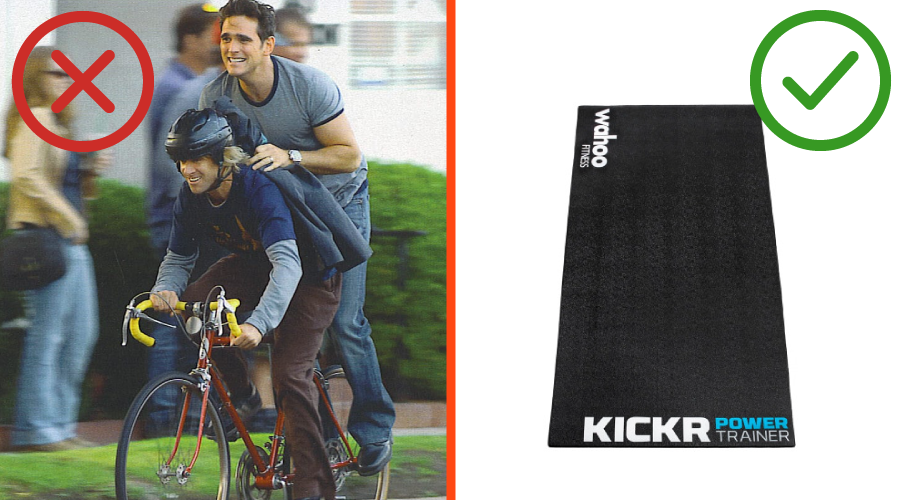 You can buy a purpose made rubber mat from a bike shop or, our budget preference, get a cheap offcut from your local carpet shop trimmed to size. Regardless of whether your turbo is the new direct drive or the older noisier type, a mat underneath the turbo and the bike will drastically reduce the noise and help to keep the floor surface clean. If you’re operating upstairs in an apartment or house, it’s probably the first thing to buy… 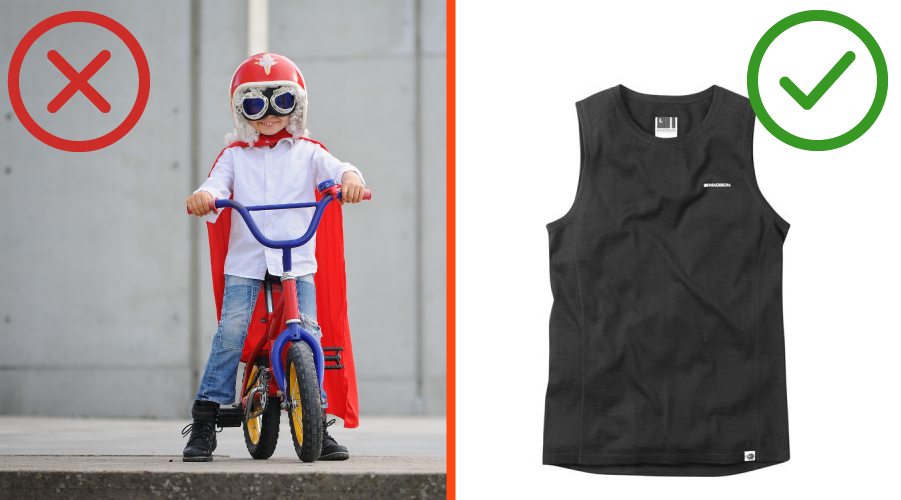 Not strictly necessary but if you’ve got a spare pair of shoes which you can leave attached to or beside the bike it helps reduce the set up time. You’ll sweat in them, too, so a pair for the road and another pair for the turbo will be easier to get dry between uses.
A spare heart rate monitor chest strap is useful, too. It’s going to get very damp.
A pair of shorts, socks and a baselayer are all you’ll need after that. Many eschew the baselayer but it’s great for wicking sweat and keeping the place tidy. You might need a jacket for the first few minutes on a cold winter’s night but it’ll be off you long before your first effort. 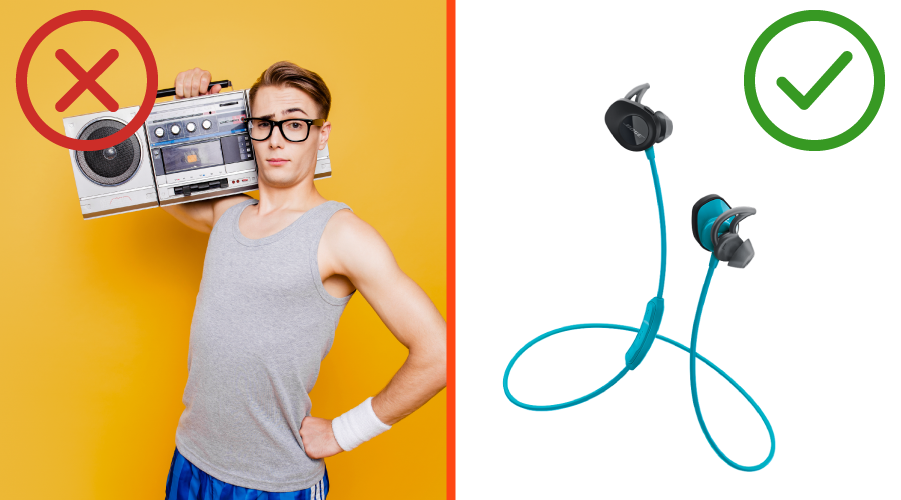 Decent music can be a great boon to any turbo session that includes intervals. Some people say you shouldn’t have use any artificial stimulation that won’t be available on the day of the event but we’ve never had the use of a rider attacking from the group to chase while we were doing intervals indoors (except using Zwift, of course) so we think some decent tunes is perfectly acceptable to get you through those interminable threshold efforts. Make it ‘up tempo’, mind. This is not the moment to haul out Tanita Tikaram’s Greatest Hits. (Ask your parents…)
Hearing the music is another challenge. Heavy on- or over-ear headphones won’t work when you’re giving it socks in a sprint interval because they’ll fall off your head. And dangly cables can be very tiresome. Try to get some Bluetooth in-ear headphones if you have a noisy turbo or some well-placed Bluetooth speakers. 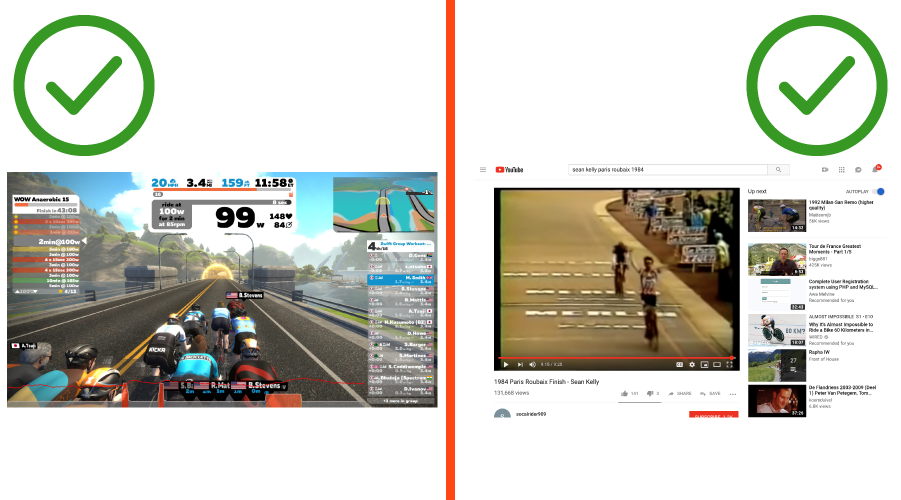 Zwift is all the rage and there are other gaming programmes in the pipeline that will offer endless distraction from the drudgery. If that’s not your thing, YouTube offers an endless supply of old bike races which are surprisingly effective at getting you in the right mood. Trainer Road, Training Peaks and other programs are designed to integrate with the tools you use to prepare for your goal and you’ll benefit from the use of a laptop, tablet or smartphone during your sessions for more than just checking facebook or Instagram.